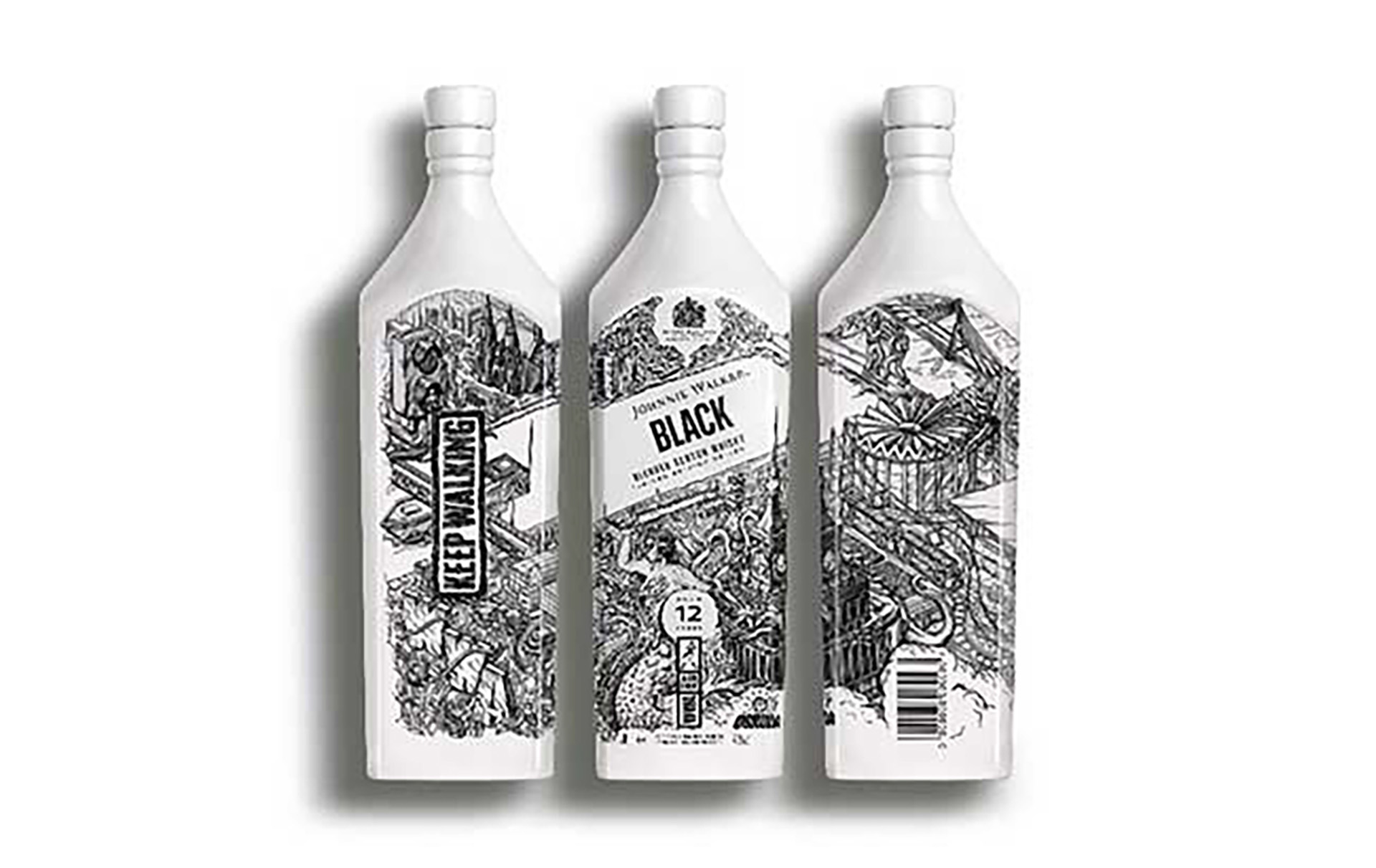 Johnnie Walker has teamed up with Air-Ink, the first company to sell ink made from air pollution. (Photo: Johnnie Walker)

Diageo partnered with Air-Ink, a brand that creates ink by condensing carbon-based gases generated by air pollution, to make the bottles for its Keep Walking City collection.

Six cities are represented by individual bottles in the range, and only 2,500 bottles per city will be available to purchase between July to September. The cities represented are Mexico City, New Delhi, Warsaw, Bangkok, Istanbul and Madrid.

“Johnnie Walker is built on a legacy of making positive, progressive choices and to bring this collection to life we asked artists to shine a light on what makes their city special and inspires people to come together to ‘keep walking,’” Johnnie Walker global brand director Julie Bramham said, according to The Spirits Business. “We are really thrilled by the unique depictions that have come out of this brief and combined with the Air-Ink partnership it demonstrates the power of combining art and innovation, making this limited edition range a true collectible.”

“It has been a pleasure to be part of this project and share a vision of my city, something that is very close to my heart,” Morawski said, per The Spirits Business. “I think that turning air pollution into ink is a great idea – not only by minimising our carbon footprint, but also by broadening the conversation about what can be done about our future. I hope my work can inspire others to take new steps in bettering our city.”

The “Keep Walking” tagline on these bottles has been used by Johnnie Walker since 1999 and has become something of a classic ad campaign. The most recent Keep Walking ad spot debuted in October.

In May, Johnnie Walker unveiled a sherry-finished version of its Black Label scotch.