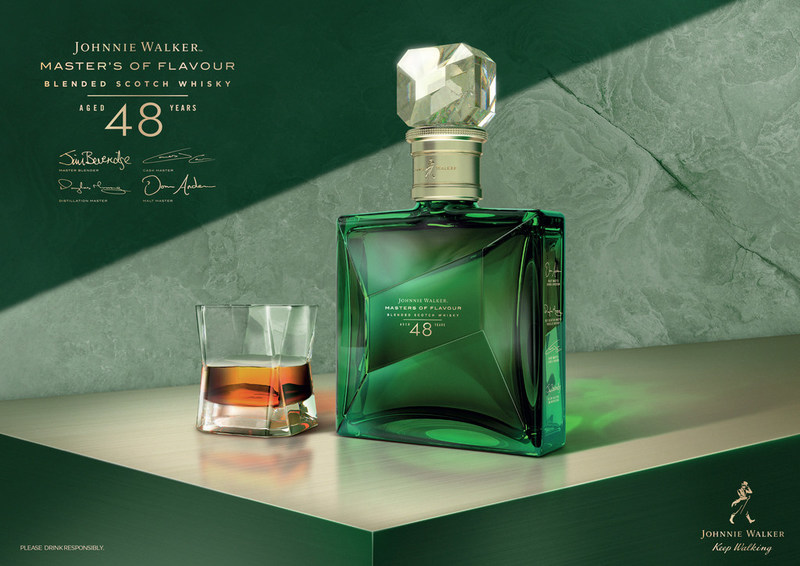 On Monday, Johnnie Walker announced a new extremely rare and expensive scotch whisky. Only 288 bottles of Johnnie Walker Masters of Flavour — a blend of scotches that all have been aged at least 48 years — will be released. It will sell at a suggested retail price of £20,000 (about $26,800).

This release is one of the last for Master Blender Jim Beveridge, who at the end of the year will retire and pass his title to Emma Walker. Beveridge created the whisky in collaboration with Malt Master Donna Anderson, Cask Master James Carson and Distillation Master Douglas Murray.

“It is fascinating to craft a Scotch that pays tribute to each of the four main steps in whisky making – malting, distilling, cask maturation and blending – to shine a light on how each craft contributes something very special to the extraordinary flavours that Scotch has to offer, from grain to glass,” Beveridge said in a news release.

Johnnie Walker Masters of Flavour is bottled at 41.8% ABV.

Finish: A gentle and warming smoke in the finish