Only Hotel to Share an Island With Jura Distillery is on the Market for $1.65 Million 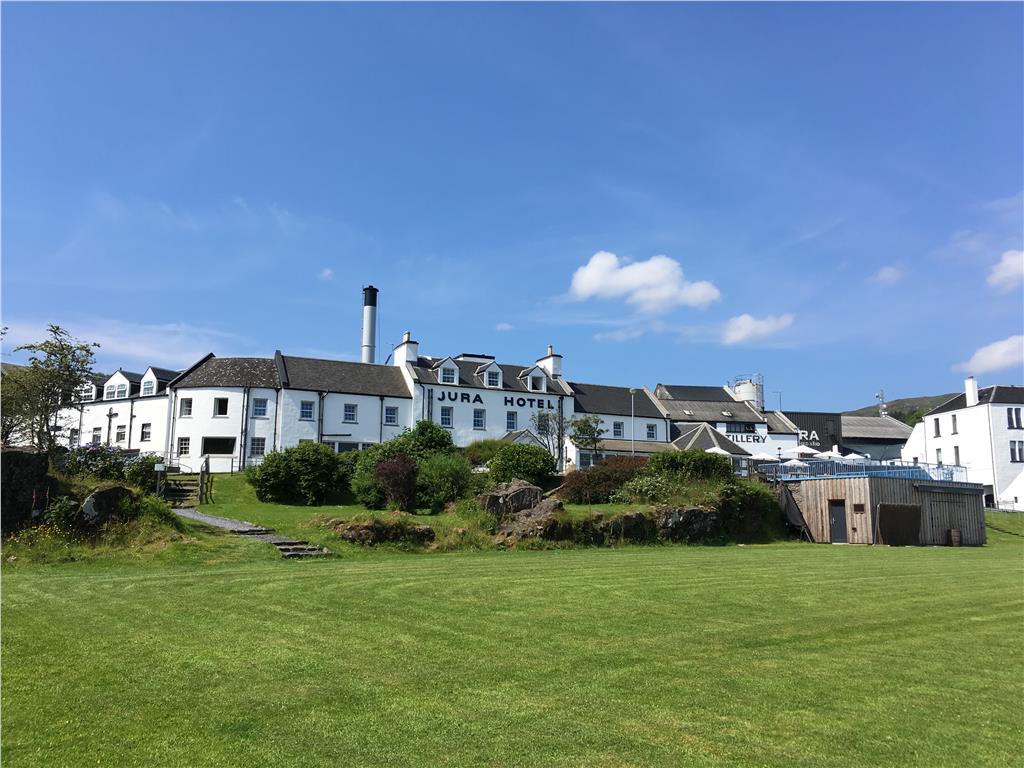 Jura Hotel, the only hotel on the island of Jura, is up for sale. (Photo: Graham + Sibbald)

The only public hotel on the Scottish island of Jura, home of the renowned Jura Distillery, is up for sale and expected to sell for about £1.2millon ($1.645 million).

The 17-bedroom hotel is powered by biomass and solar energy and features two bars (the only public bars on the island) and a restaurant. Also included in the sale are an al fresco terrace, staff accommodation, a camping field for events and a five-bedroom house for the owners to stay in.

The hotel features open views over Small Siles Bay and sits adjacent to the distillery. The hotel’s established business has an annual turnover of about £880,000 ($1.2 million), according to the property listing.

Jura is one of the least densely populated islands of Scotland, but its population is increasing steadily, according to the listing.

The island is best known for Jura distillery and its scotch whisky but also includes a gin distillery, Lussa. And earlier this year, a second distillery, Deer Island Rum, opened on the island.

The sale is being managed by estate agents Graham and Sibbald.