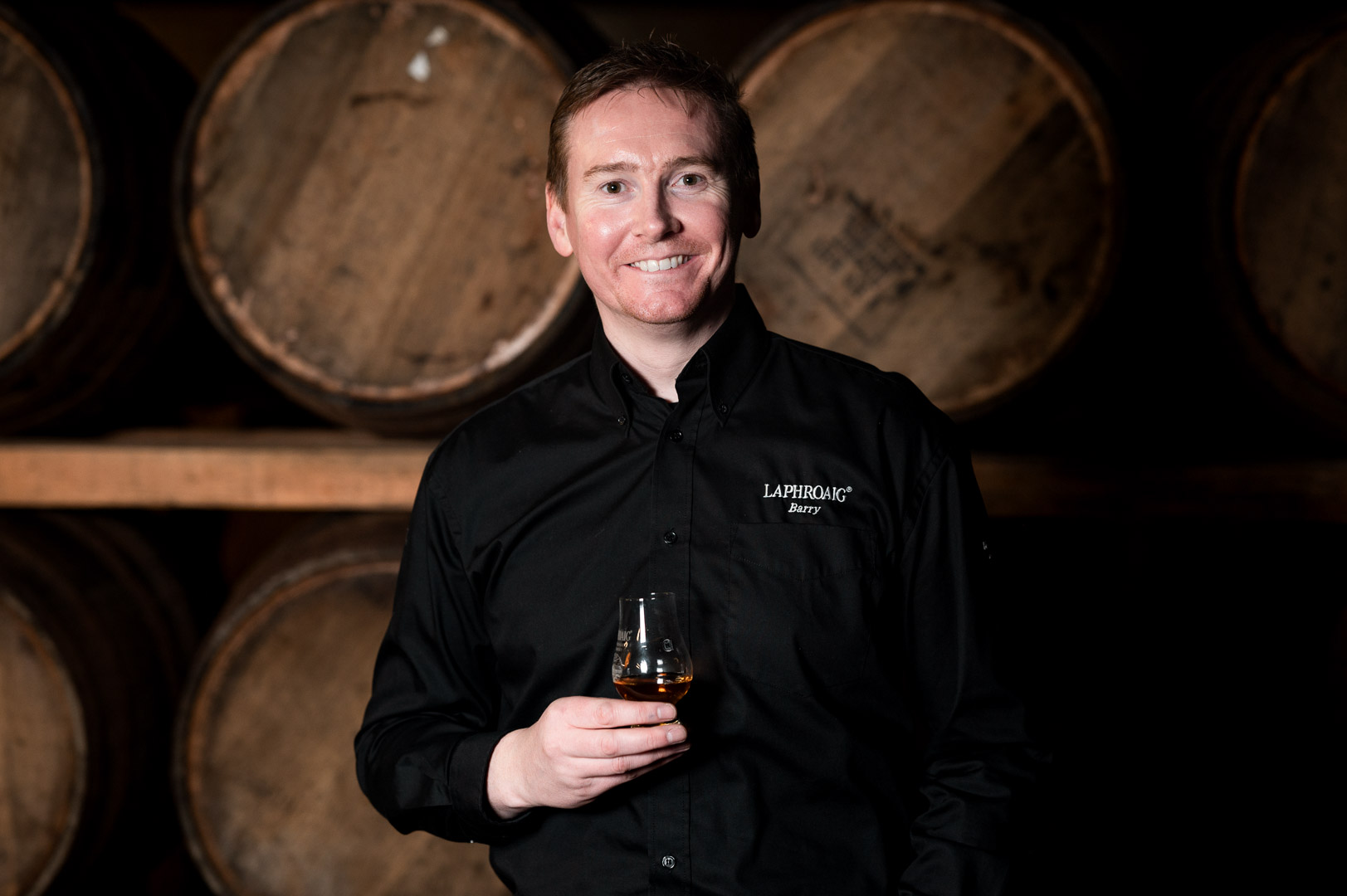 Breaking news from Islay! We’re delighted to announce our Friend Barry MacAffer is our new Distillery Manager. He is a true guardian of our iconic whisky, with a deep connection to Laphroaig. So here’s to you, Barry. Comment #SlàinteBarry to raise a dram in his honour. pic.twitter.com/hG6DOzEbye

“Barry MacAffer was the stand-out candidate to become Laphroaig’s distillery manager, and is uniquely suited to carry forward the legacy of Laphroaig and continue to build the future for our skilled and passionate distillery team,” Francois Bazini, managing director, House of Scotch, Gin and Irish Brands, Beam Suntory, said, according to Beverage Dynamics. “An Islay native, Barry has worked at the distillery for over a decade and spent the last five years working closely with his predecessor, giving him a deep knowledge of our history, operations, partners and local community. We’re proud to have an Ileach in charge and are confident in the future of our iconic whisky.”

MacAffer greeted Laphroaig consumers in an email to subscribers. Here’s the email message, according to Reddit user ZipBlu:

It is my proudest career moment to date to be writing to you today from my native Islay as Laphroaig’s new Distillery Manager.

As a long-serving Friend of Laphroaig and as an Ileach who grew up next door to the distillery grounds, this new opportunity is one that I am so honoured to have.

I joined the team at Laphroaig in 2011 as an agency worker covering work in the warehouses and on the malt floors. The fantastic team welcomed me, and I knew instantly this would be my future. I then started full time on the malt floors. The already experienced team took me under their wing and labelled me ‘the malt boy’ during my apprenticeship – a name that quickly stuck.

After five years working through the mashing and stilling departments, I found myself in the Assistant Manager’s chair. There I was lucky enough to work closely with my predecessor John Campbell for the past five years, seeing first-hand what it takes to craft this iconic whisky.

With John in mind, I’d like to take this opportunity to thank him for his support and Friendship, but also the 25 years he gave to this wonderful whisky of ours. We all wish him every success with his new chapter.

As far as the next chapter of the distillery is concerned, I am well aware of the task ahead of me.

I recognise the responsibility I have to continue building upon the Laphroaig legacy and to match the near peerless dedication of John, Ian and Bessie. And my other incredible predecessors.

I’m looking forward to your continued partnership and support; the warmth I’ve had from the Friends of Laphroaig during my decade working for this distillery has been incredible. You have my unswerving commitment that I’ll continue to craft our renowned, peated, single malt and its ongoing story for you and our team here with dedication and honesty.

The community we have is truly exciting, and I look forward to sharing many drams with you as we celebrate and nurture the future of Laphroaig.