Rare Bottle of Scotch Sells for More Than $100K at Auction 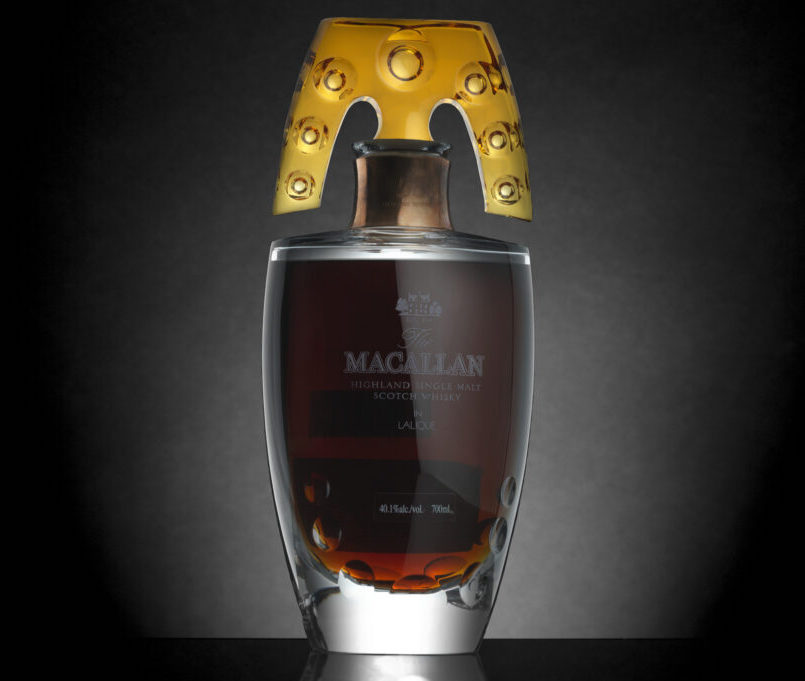 “Released in 2007, the 55-year-old was the second in the famous Macallan Lalique Six Pillars collection and is much sought after by collectors around the world both for its rarity and quality. We had anticipated stiff competition for the decanter and were not disappointed,” said Martin Green, Bonhams head of whisky in Edinburgh.

The decanter was made by Lalique, a glass company founded by Rene Lalique, a French jeweler and designer who lived from 1860 to 1945. Lalique was known for his creations of glass art, perfume bottles, jewelry, automobile hood ornaments and more. Specifically, the decanter was inspired by Lalique’s classic Paquerettes tiara perfume bottle. The decanter’s stopper was made ain an amber-colored crystal to signify The Macallan whisky’s natural color, according to The Macallan’s website.

In November, The Macallan opened a whisky boutique in New York’s JFK Airport.