Wecome to the ‘MaltyVerse’: This Independent Whisky Bottler Is Pairing Fine Scotch With Comic Books 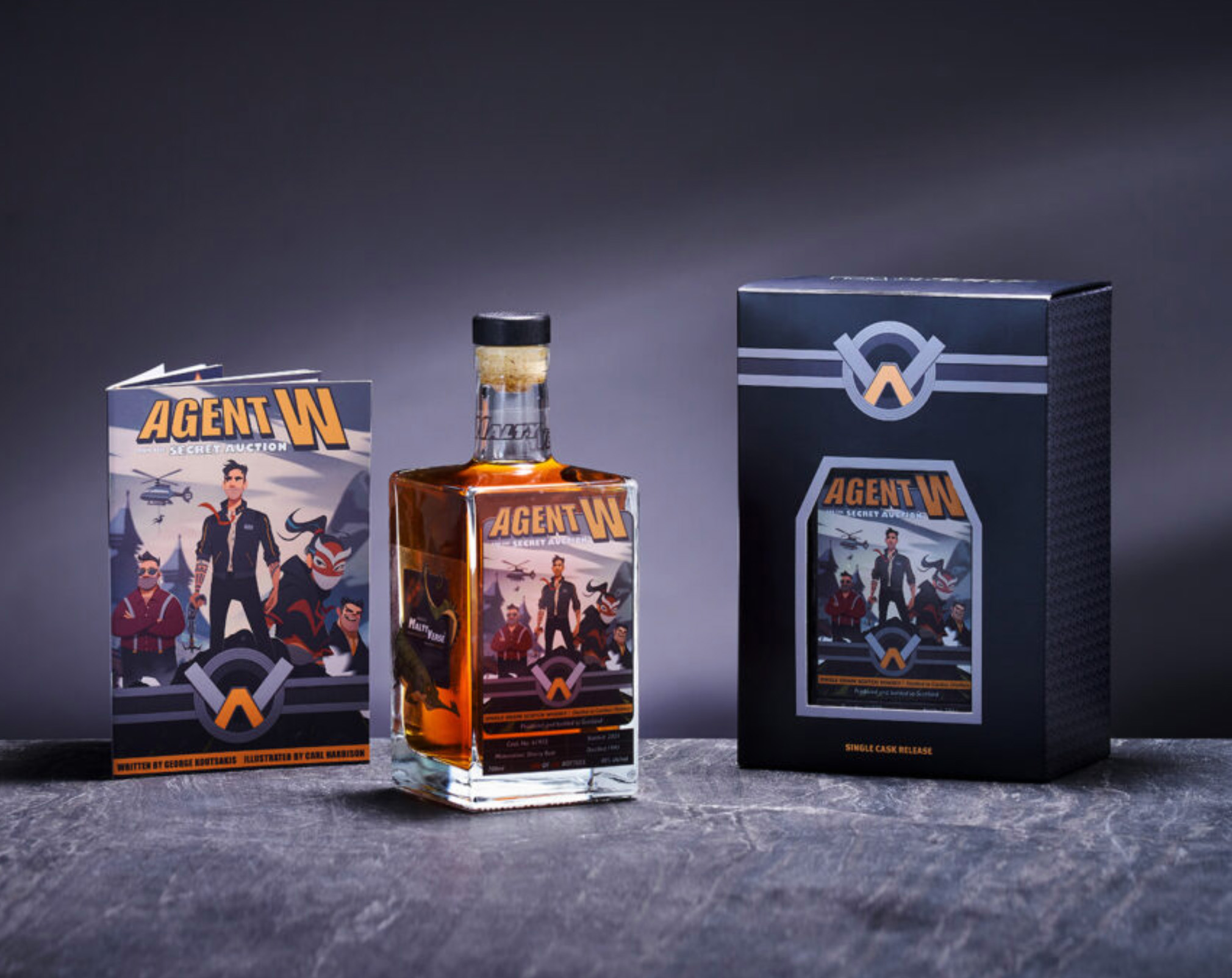 Independent whisky bottler MaltyVerse has launched what it calls the “world’s first” range of rare whiskies and comic books in the U.S., named Agent W, according to Whisky Magazine.

The first single-cask whisky in the Agent W series is a 30-year-old scotch from the now-shuttered Cambus Distillery. The whisky was matured in a first-fill sherry butt and bottled at 96 proof in 2021.

MaltyVerse has also launched the first of its Agent W comic book series. The series is set in the year 2100 and follows an agent fighting to protect the world’s remaining barrels of rare whisky, which has become “the world’s scarcest collectible.”

The “Agent W First Edition: The Secret Auction” boxset — which comprises a bottle of the 30-year-old whisky, a presentation box and a copy of the comic book — is available now on the MaltyVerse website for $399.99.

Additionally, the purchase of a set grants membership to the online MaltyVerse community, which includes access to digital comics and “a wealth of behind the scenes content,” voting on future releases, priority access to future bottles, interaction with series creators, the possibility of winning “members-only swag.”

“There are so many amazing rare whisky brands and bottlers out there, all doing amazing things,” Koutsakis said, according to Whisky Magazine. “I didn’t want to create something that already exists, so decided to so something completely different. To move away from the more traditional labels and range that depict Scotland and its history, and create something modern, colourful – that’s just plain fun.

“The story-telling part of the project is the most exciting for me, as a writer. Writing the comic book and creating the universe has been so exciting. And luckily I found Carl, a truly amazing artist, who manages to perfectly bring everything I write to life. I really hope drinkers become fans of W and his adventures.”