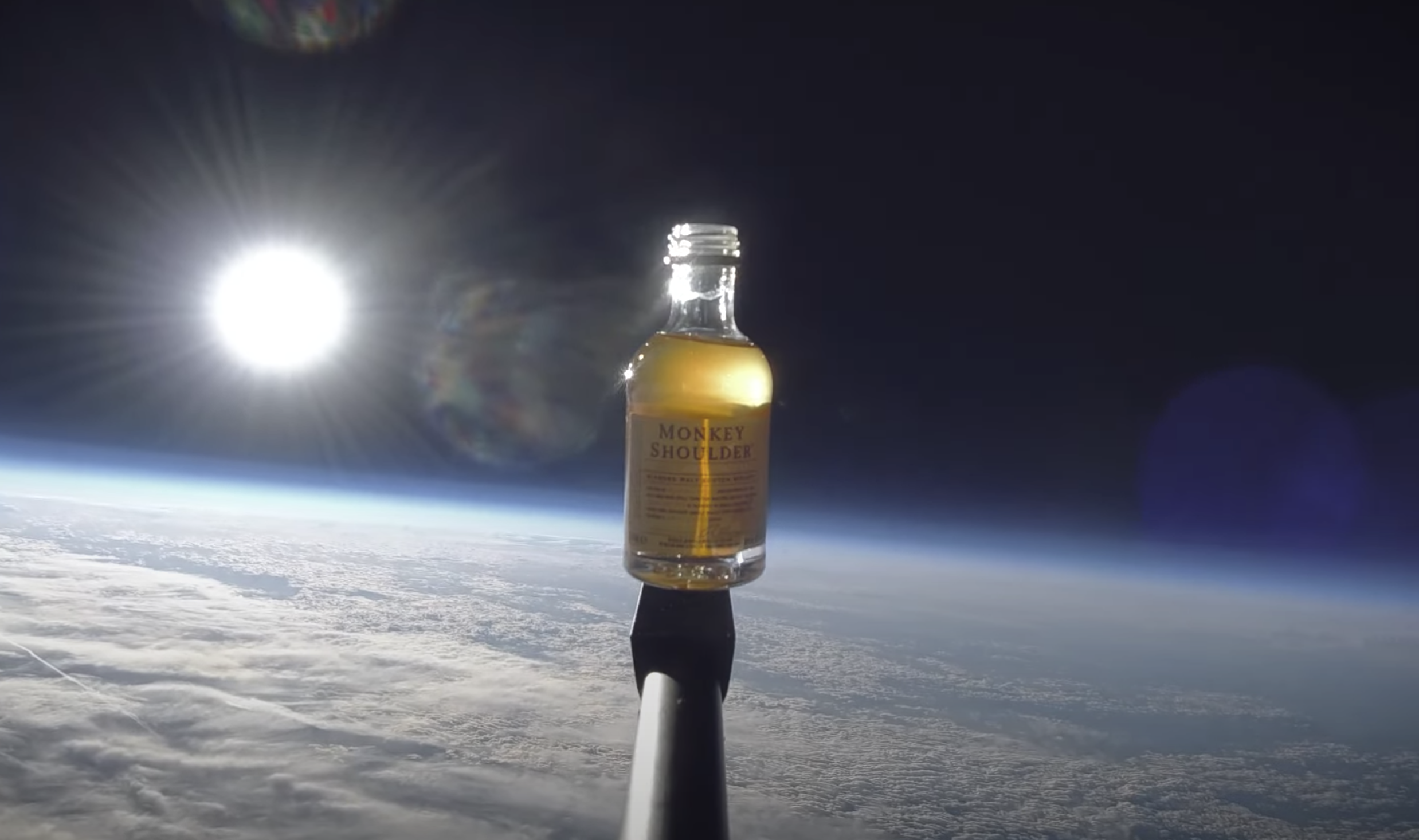 Scottish whisky brand Monkey Shoulder recently launched a bottle of whisky into space on a weather balloon and filmed its ascent, using the footage in a music video, in an effort to raise money for the live music business.

The brand, which is owned by William Grant & Sons, partnered with artists A-Skillz, Gizelle Smith and DJ Krafty Kuts on the music video for the track “Lit Up.” Monkey Shoulder, which has an ongoing partnership with actor Joel McHale, described the song “the ultimate ‘welcome back’ soundtrack, with a catchy hook and funky house sound,” according to The Drinks Business.

Proceeds from the song and video, which is available to stream and download, will benefit the Music Venue Trust, a United Kingdom-based charity that supports the music industry.

This is the latest project in Monkey Shoulder’s Monkey Mixes series, an initiative to support DJs around the world during the COVID-19 pandemic, which has been a challenging time for the industry. During lockdown, Monkey Mixes supported DJs by paying them to create a range of DJ mixes while clubs, bars and music venues were closed.

“Lockdown was a hard time for musicians, so we wanted to take music, and Monkey Shoulder, to new heights – literally,” A-Skillz and Krafty Kuts said, per The Drinks Business.