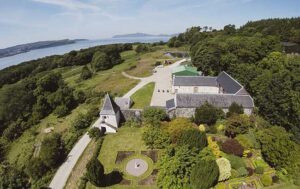 Scottish whisky producer Nc’nean has announced it has secured funding to help expand production and reduce its carbon footprint.

The Highlands and Islands Enterprise awarded the distiller up to £250,000 (US$314,463) to create a new bottling plant, warehouse and additional production equipment. This will give Nc’nean the ability to bottle whisky on-site, reducing transport costs and emissions.

The move is part of a broader trend in the scotch whisky industry towards greater sustainability. It will give the firm more control over its environmental impact, cut down on future road traffic and retain operations and employment in Drimnin, where the Nc’nean Distillery is located.

“The new bottling plant is an important step on our journey, allowing us to increase our sales whilst keeping control of the process and increasing employment in the area,” Founder and CEO Annabel Thomas said, according to Scottish Financial News.

Helen Cameron, business development account manager at HIE, added: “Whisky production is a key part of the Highlands and Islands food and drink sector, which provides valuable rural employment and contributes to community resilience. Nc’nean distillery has shown great initiative in developing its business with a strong environmental ethos while maintaining a high-quality product.”

Over the next four years, Nc’nean expects to increase company turnover by £715,000 (US$899,000) and international sales by £464,000 (US$583,000). According to the Spirits Business, The distillery says that the new facility will help it to meet the rising demand for its products. It will also allow the company to reduce its carbon footprint and improve its environmental performance.

The Scottish whisky distillery also made history last year when it became the first in the UK to be verified as having net-zero carbon emissions from its operations. It’s an impressive feat, and it’s all thanks to the distillery’s commitment to sustainability.