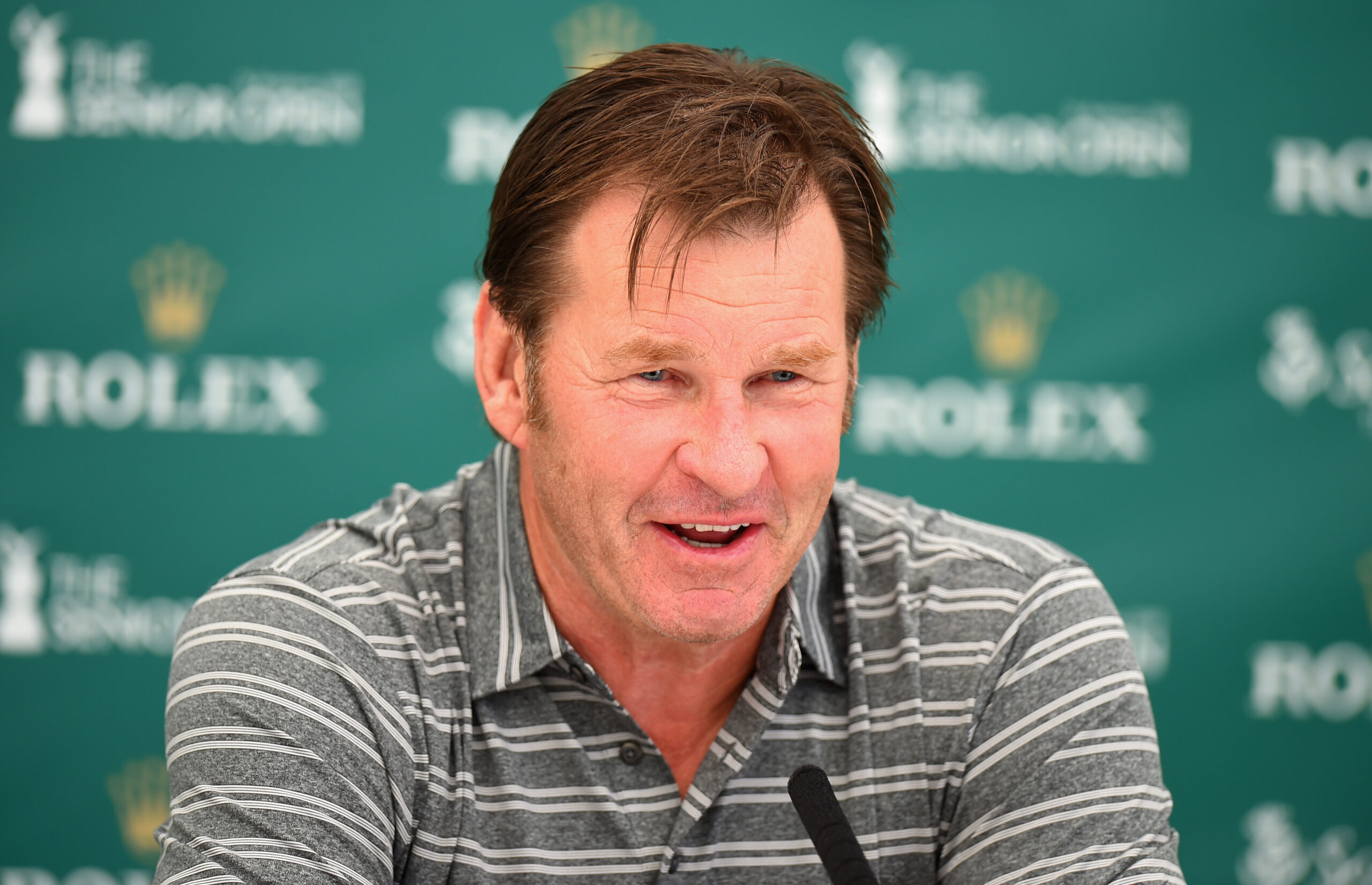 Sir Nick Faldo during the Press Conference ahead of The Senior Open presented by Rolex at The Old Course on July 25, 2018, in St Andrews, Scotland. (Photo by Tony Marshall/Getty Images)

“The Tale of Two Legends” series will celebrate Faldo’s career and the whisky’s heritage in a series of releases.

“I have always loved scotch whisky and I’ve really enjoyed working with Euan Shand and his team at Duncan Taylor to create a range of specially crafted limited-edition Black Bull whiskies. Blending some of the finest aged spirits that they have in their portfolio, this special collection will relate to major milestone events in my professional golfing career,” Faldo said in a news release.

Over the course of his career, Faldo compiled 41 professional wins, including 30 victories on the European Tour and six major championships: three Masters and three Open Championships. Faldo’s six major wins are tied for the 12th-most ever.

When Faldo was ranked the world’s No. 1 golfer, he held the position for 97 weeks and is now a commentator covering CBS and the Golf Channel, plus is regularly featured on BBC’s coverage of The Open Championship.

Duncan Taylor recently launched two of its rarest whiskies to date, both over 50 years old.

“There is much to celebrate this year for our company. Together with Sir Nick, we’re proud to be launching some of the world’s best whiskies, several of which have been maturing for decades in our warehouse,” Duncan Taylor Chairman Euan Shand said. “We’ve been working on this collaboration with Sir Nick for a while where we will produce some small batch whiskies that celebrate iconic times in his life. We look forward to showcasing what we have lined up, later this year.”