Secret Speyside Range Has 7 Whiskies Added to it 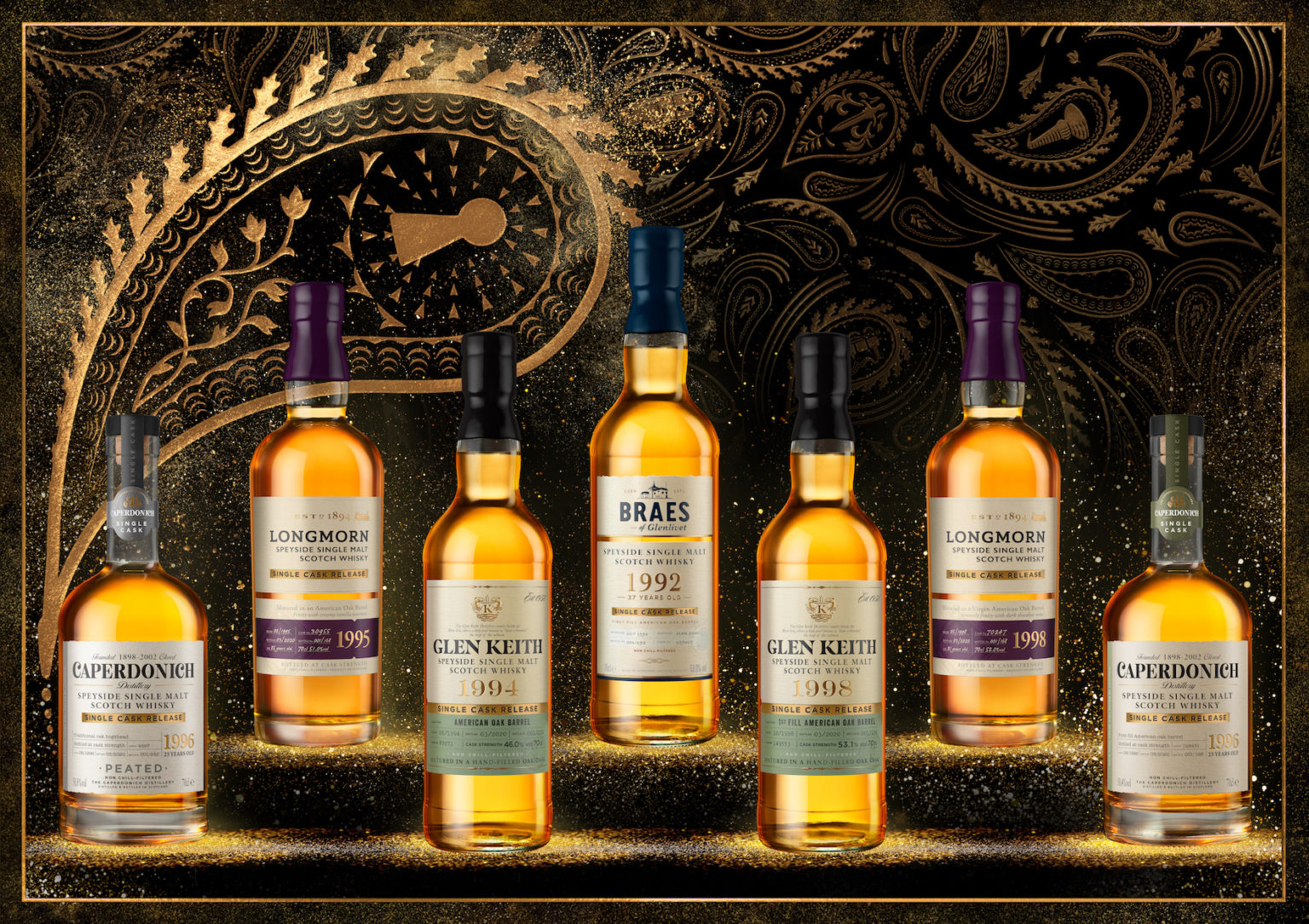 Global spirits giant Pernod Ricard last week announced the launch of seven rare single cask scotch whiskies from its Secret Speyside range. The new additions, like the rest of the series, are available exclusively in global travel retail, according to the Moodie Davitt Report.

Each whisky in the new release is aged between 21 and 27 years and come from one of four distilleries in Scotland’s Speyside region: Longmorn, Glen Keith, Braes of Glenlivet and the “vanished” — a dramatic word for closed — Caperdonich. Caperdonich was shuttered by Pernod Ricard in 2002.

These latest additions to the series were matured in seven American Oak casks, some of which were first-fill.

“The result is a series of seven rare and distinctive new flavour profiles that can never be repeated, perfect for collectors and expertly curated for curious connoisseurs,” Pernod Ricard said, according to the Moodie Davitt Report.

The Secret Speyside range first launched to global travel retail locations across 25 markets in 2019. The goal of the series is to highlight rare single malts from Speyside’s hidden distilleries.

“The ultra-rare range of Single Cask Editions fuse the rich heritage and unique characteristics derived from the four celebrated and elusive distilleries at the heart of the revered region of Speyside, presenting travel retail shoppers with a unique opportunity to explore and collect new and rarer treasures,” Pernod Ricard Global Travel Retail Vice President of Marketing Liya Zhang said.

The New Secret Speyside Whiskies and Where to Find Them