‘Brimming With Imagination and Creativity’: Scotch Brand to Release Sci-Fi Graphic Novel Inspired By Origin Stories of Its Whiskies 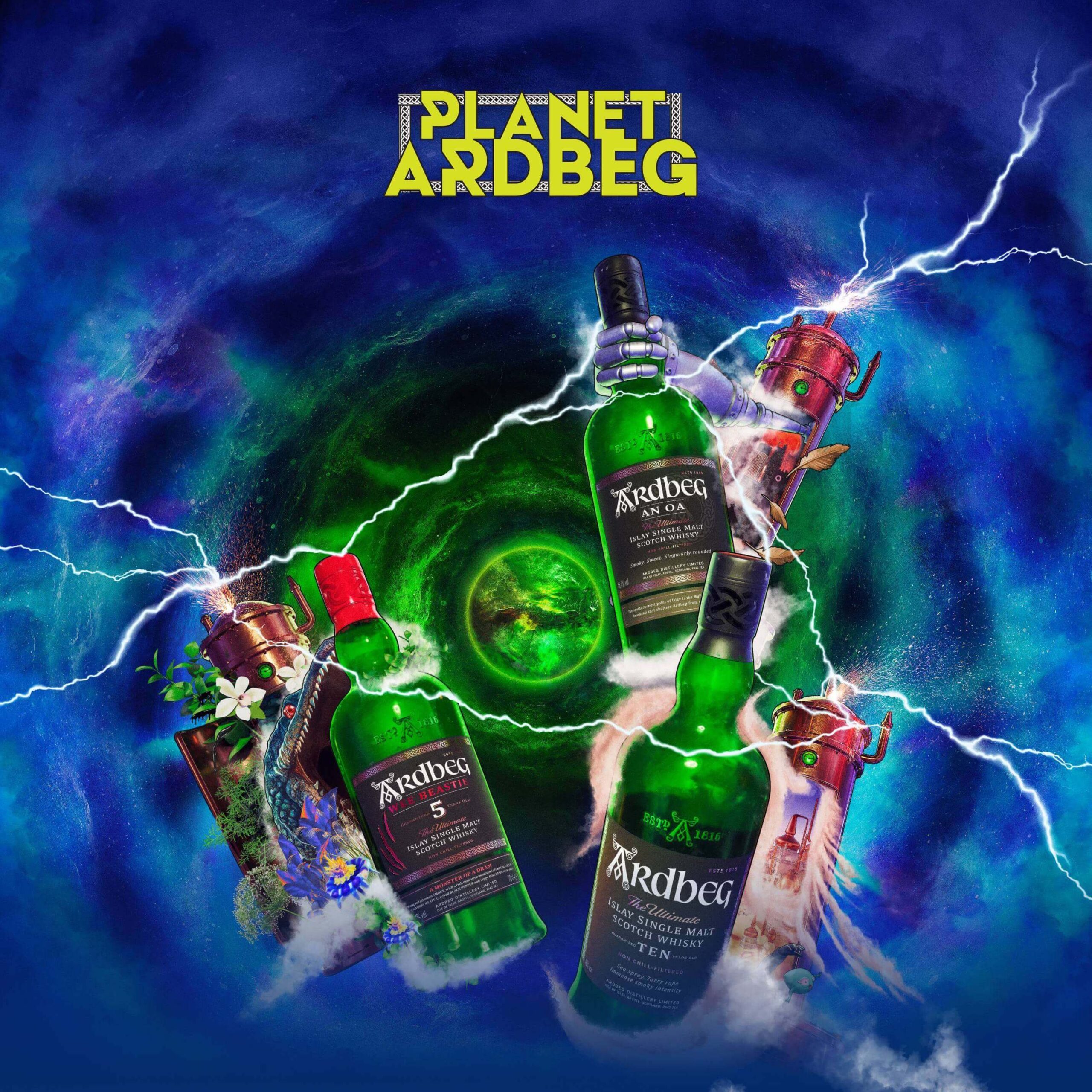 Ardbeg describes the world of “Planet Ardbeg” as “A land of giant botanicals and even bigger beasts, where a copper city comes under attack from a monstrous creature and a mystical desert carries echoes of a distant past.”

The main character of the novel is the Quantum Distiller, who travels across time and space on a mission to concoct the ultimate dram.

Ardbeg says the graphic novel was inspired by the flavors and “origin stories” of three Ardbeg expressions – Ardbeg Ten Years Old, Ardbeg An Oa and Ardbeg Wee Beastie. The novel features “cameos from some of the Distillery’s best-known characters,” according to Ardbeg.

The graphic novel was created by award-winning cartoonist Ronald Wimberly in collaboration with artists Emma Ríos and Sanford Greene.

The graphic novel comprises three stories, each created by a different artist and each based on a different Ardbeg expression.

‘Guardians of An Oa’: “‘Guardians of Oa’ by Sanford Greene, which draws its influence from the rounded balance and smoky power of Ardbeg An Oa, is an action-packed epic about a copper city coming under attack from a monstrous creature. Just when it looks like all hope is lost, flavour notes unite to defeat the monster and restore balance.”

Ardbeg has not yet announced when and where physical copies of “Planet Ardbeg” will be available. In the meantime, though, the story can be read online by Ardbeg Committee members.

The three whiskeys the novel is based on — Ten Years Old, An Oa and Wee Beastie — can be tasted in a sampler pack, available from ReserveBar for $52.