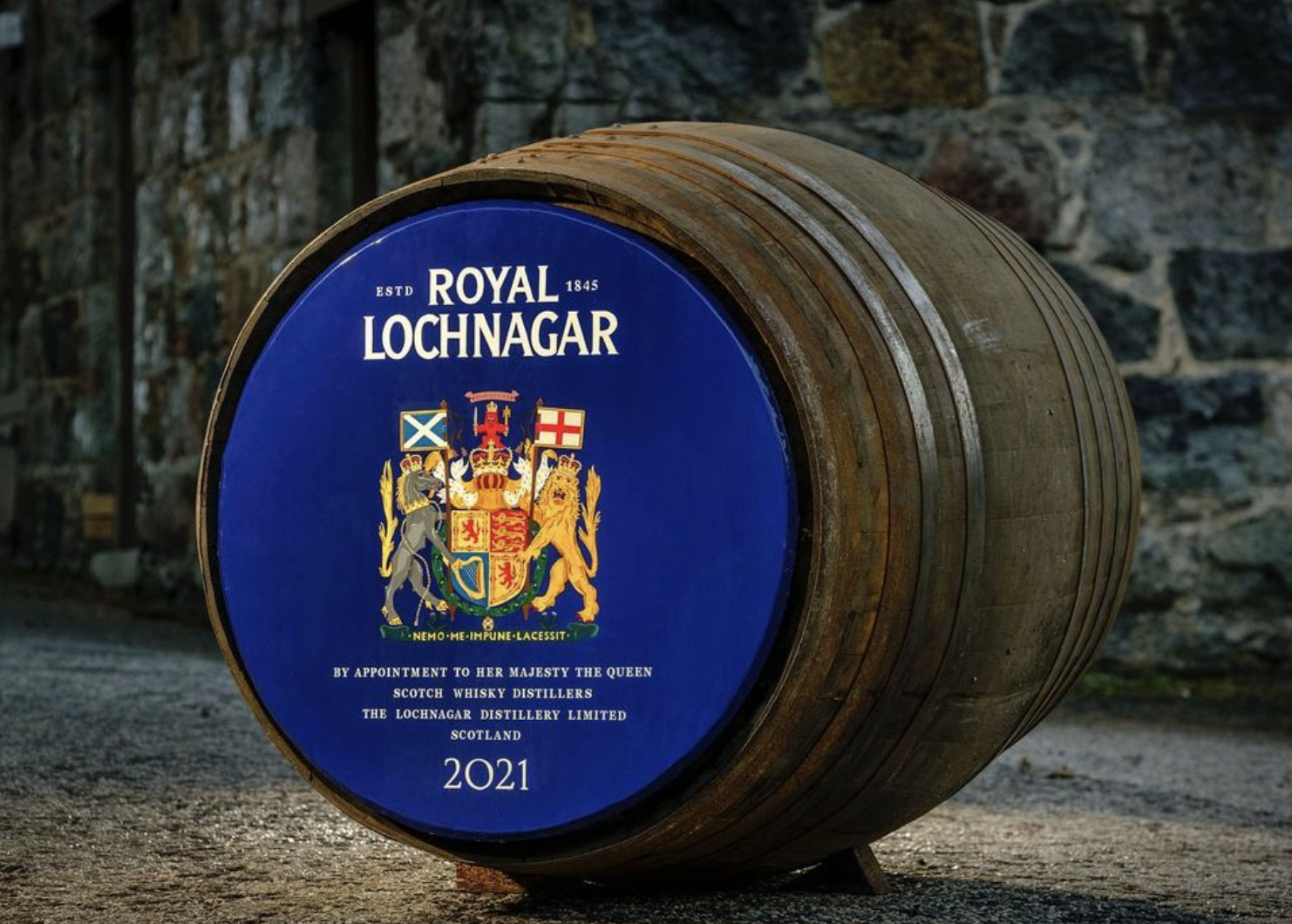 Royal Lochnagar has been granted a Royal Warrant by Queen Elizabeth. (Photo: Diageo)

Royal Lochnagar Distillery has been granted a Royal Warrant, which is a recognition of the regular supply of goods to the Royal Household, by Queen Elizabeth of the United Kingdom, according to Daily Business.

In celebration, the distillery unveiled a special cask bearing the Scottish Royal Arms, hand-painted by artist Thomas Oates, the son of a carriage restorer whose family has worked for generations at The Royal Mews stables at Buckingham Palace.

“This is a very special day for all the team at Royal Lochnagar,” said Sean Phillips, Royal Lochnagar Distillery Manager. “Not only to be granted the Royal Warrant, but also to have the Scottish Royal Arms painted so beautifully on one of our casks by Thomas Oates, is an honour and privilege.”

Brands with a Royal Warrant earn the right to display the Royal Arms on their products.

“Being granted a Royal Warrant is a great privilege for everyone associated with Royal Lochnagar,” said Ewan Andrew, director of The Lochnagar Distillery. “The distillery has a long association with the Royal Family and it is a source of great pride that we have become Scotch Whisky Distillers By Appointment to Her Majesty The Queen.”

A 16-year Royal Lochnagar was included in this year’s “Legends Untold” collection from Diageo.