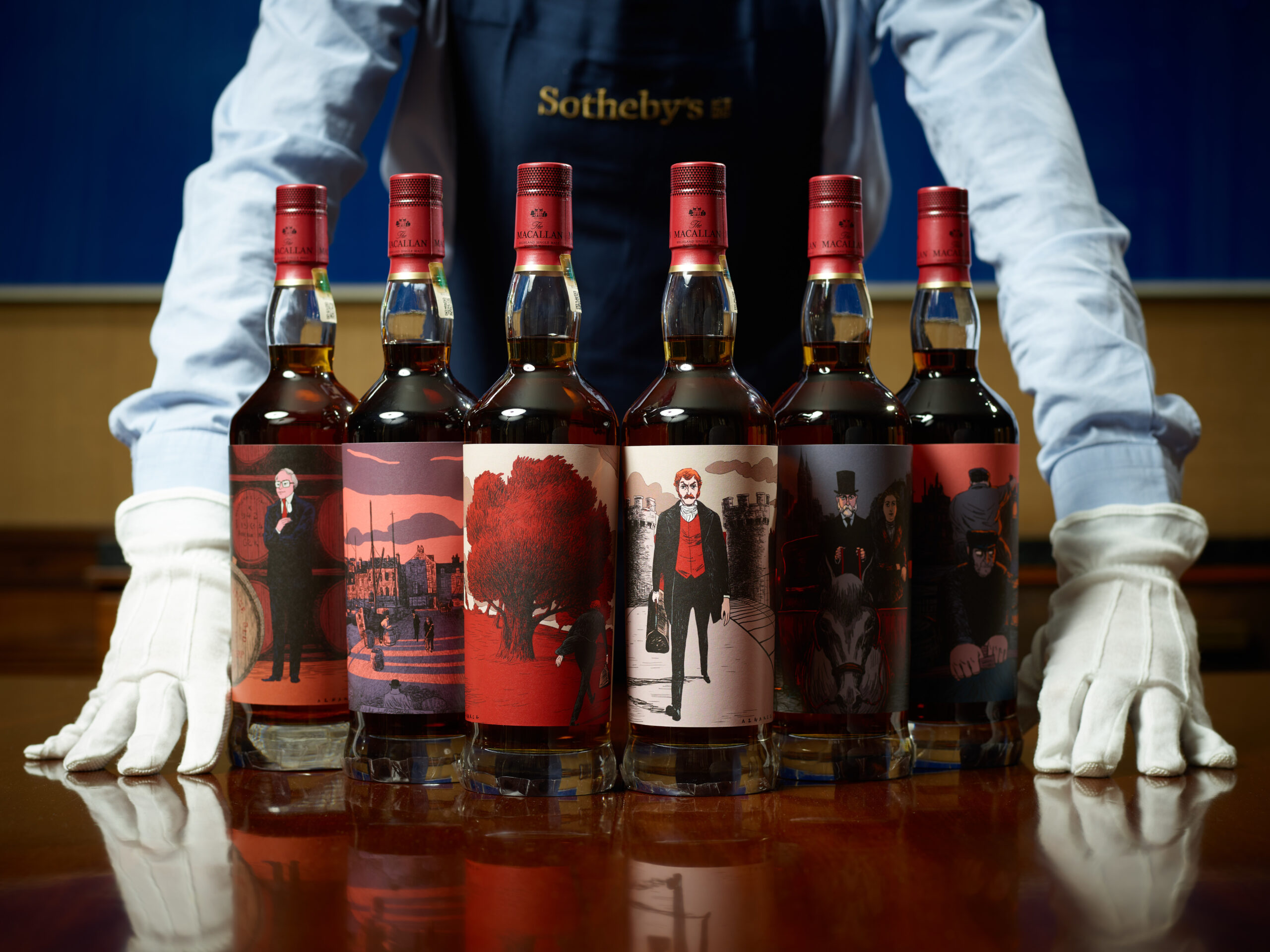 An extremely rare, complete set of ‘The Red Collection’, a new collection of 6 classic aged single malt whiskies from The Macallan Distillery, on view at Sotheby’s on Oct. 20 in London, England. Secondary-market scotch sales for 2021 are projected to reach record highs. (Photo by Michael Bowles/Getty Images for Sotheby’s)

“2021 is slated to be, by far, the most valuable year in the history of secondary market Scotch sales.”

While we love to see whiskey sales rising, it is important to note that with increased value comes increased attempts at scams and counterfeits. Whiskey forgeries are very real, and auctions are popular targets.