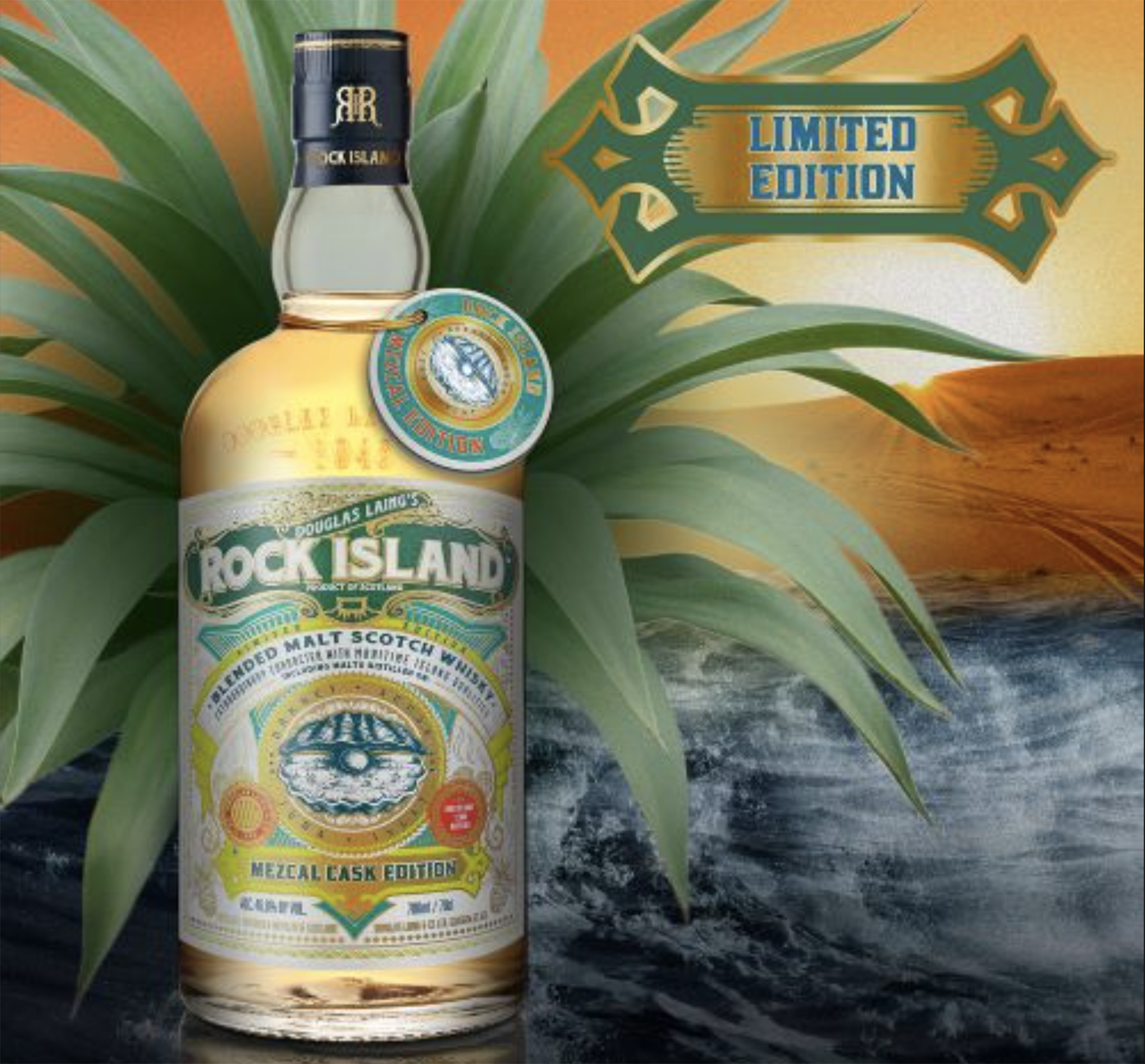 The original Rock Island Malt Scotch Whisky is a marriage of single-cask single malts distilled on Scotland’s islands of Orkney, Arran, Jura and Islay. It has won numerous high-profile awards over the years, including Double Gold at the San Francisco World Spirits Competition.

Limited to 1,500 bottles, the release is said to be “perfect for summer,” according to the brand, and thus carries vibrant green, blue and orange colorways complemented by gold foil detail.

“In 2019, an amendment to the Scotch Whisky Technical File was published, and for the first time ever, casks which had previously held Mezcal were permitted for the maturation of Scotch Whisky,” Brand Manager Rebecca Fennell explained in a news release. “Rock Island has a naturally smoky character, so for us, it was a fascinating experiment to subject the classic American Oak-aged recipe to a secondary maturation in these exotic casks. The resulting spirit has exceeded all of our expectations – it’s retained that archetypal Scottish sea salt and honeycomb quality, yet taken on an unmistakable roasted agave note, running to a signature lightly smoked finish.”

Rock Island Mezcal Cask Edition is bottled without added coloring or chill filtration at 46.8% ABV. It is expected to retail for £60 ($72) and will be available from specialist retailers and online across the European, American and Asia Pacific regions.