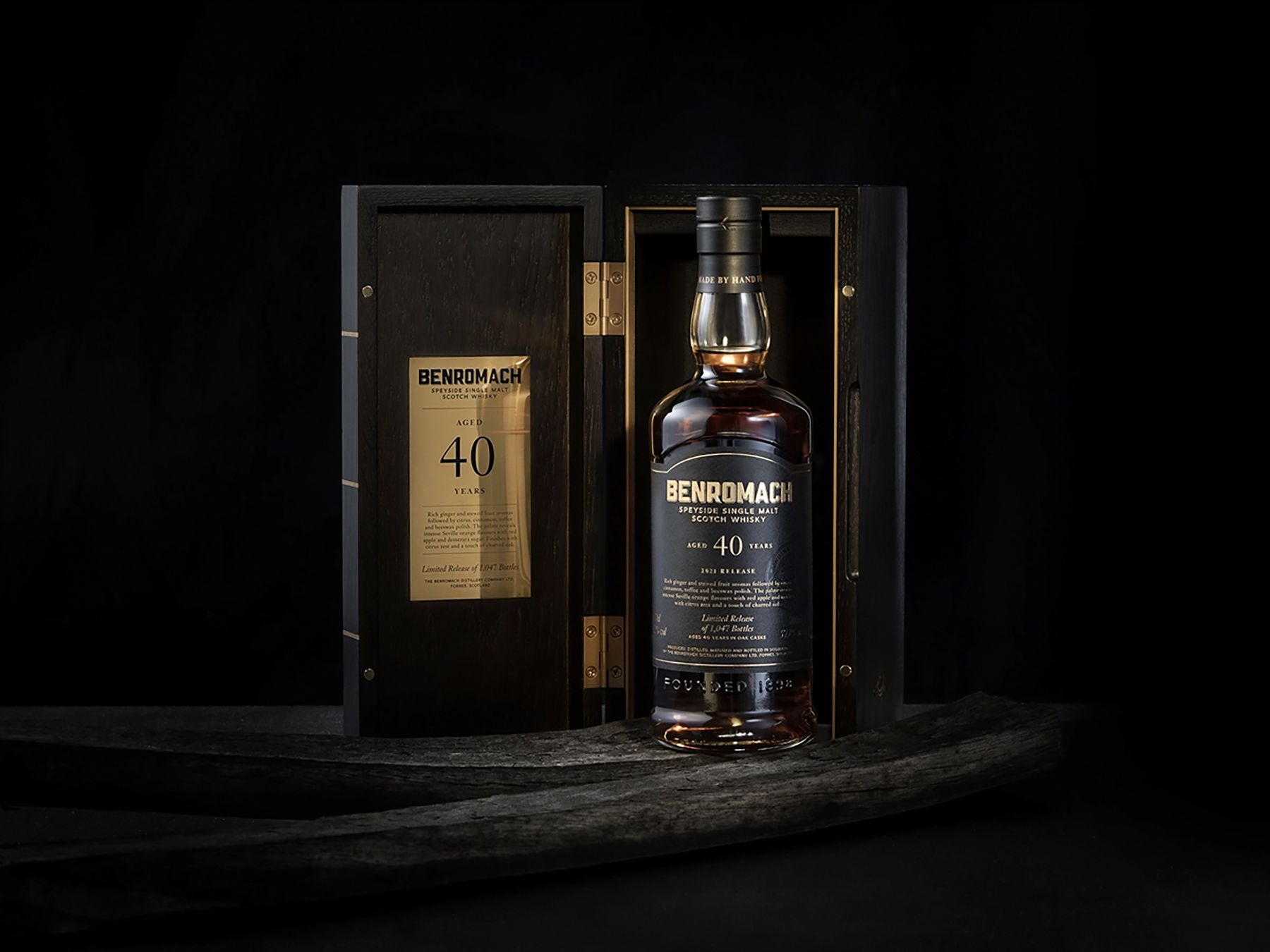 Benromach 40 Year Old Single Malt earned the prestigious “Best in Show” award at the San Francisco World Spirits Competition, which is the largest drinks and spirits judging in the world.

The 40-year-old scotch whisky is Benromach’s oldest malt and was released in 2021 with only 1,000 bottles made available for purchase.

Seventy judges from around the world evaluated about 5,000 spirits over a two-week period for the competition.

“To bring home the coveted ‘Best in Show’ accolade from the San Francisco World Spirits Competition is a true reflection of the hard work and dedication that goes into producing our distinctive Speyside single malts,” Cruickshank said, according to the Northern Scot.