SWA Helps Fight Against Counterfeit Whisky in the US
Article

Fight Against Counterfeit Scotch Whisky Continues in the United States 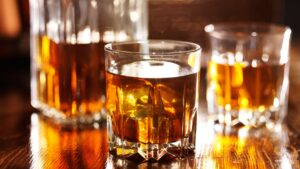 The Scotch Whisky Association (SWA) has successfully registered “Scotch Whisky” as a certification trademark in the United States.

This recognition of scotch whisky as a trademark strengthens the legal protection for Scotland’s national drink in the U.S., which is already protected under the U.S. Federal Code. So, it will be much harder to counterfeit the whisky, and it will make enforcement against counterfeit products being sold or passed off as scotch easier.

According to the Scotch Whisky Association, scotch whisky exports earned the United Kingdom £143 ($175) every second in 2021, totaling more than £4.5 ($5.5) billion. This is a significant increase from 2020, when exports totaled £3.9 ($4.8) billion. The majority of scotch whisky exported are single malts, which are scotch whiskies made with 100% malted barley and distilled in pot stills. The U.S. is one of the largest markets for scotch whisky. Scotch exports to the U.S. increased by 8% in 2021 to £790 ($969) million.

Four bottles of scotch are exported to the U.S. every second. Given the tremendous and growing demand for scotch whisky around the world, it is likely that exports will continue to increase in the coming years. This is a positive sign for the scotch whisky industry, as exports to the U.S. were adversely affected by 18 months of tariffs on single malt Scottish whisky, which were imposed in October 2021 and lifted in Europe in June 2021 and the UK in March 2022.

“The registration of the ‘Scotch Whisky’ certification trademark in the United States is a milestone for Scotland’s national drink in our largest global market,” SWA Chief Executive Mark Kent said. “This registration offers Scotch Whisky a greater degree of legal protection and will allow us to take action against those who seek to cash in on the heritage, craft and quality of genuine Scotch.

“Scotch Whisky – the UK’s largest food and drink export – is a firm favorite in the US, which was the industry’s first billion-pound market in 2019 before the impact of tariffs and the Covid-19 pandemic. The trademark registration is another sign of the industry’s determination to build back in the United States and ensure that consumers in a dynamic and competitive spirits market can be confident that the Scotch Whisky they purchase is the genuine article.”