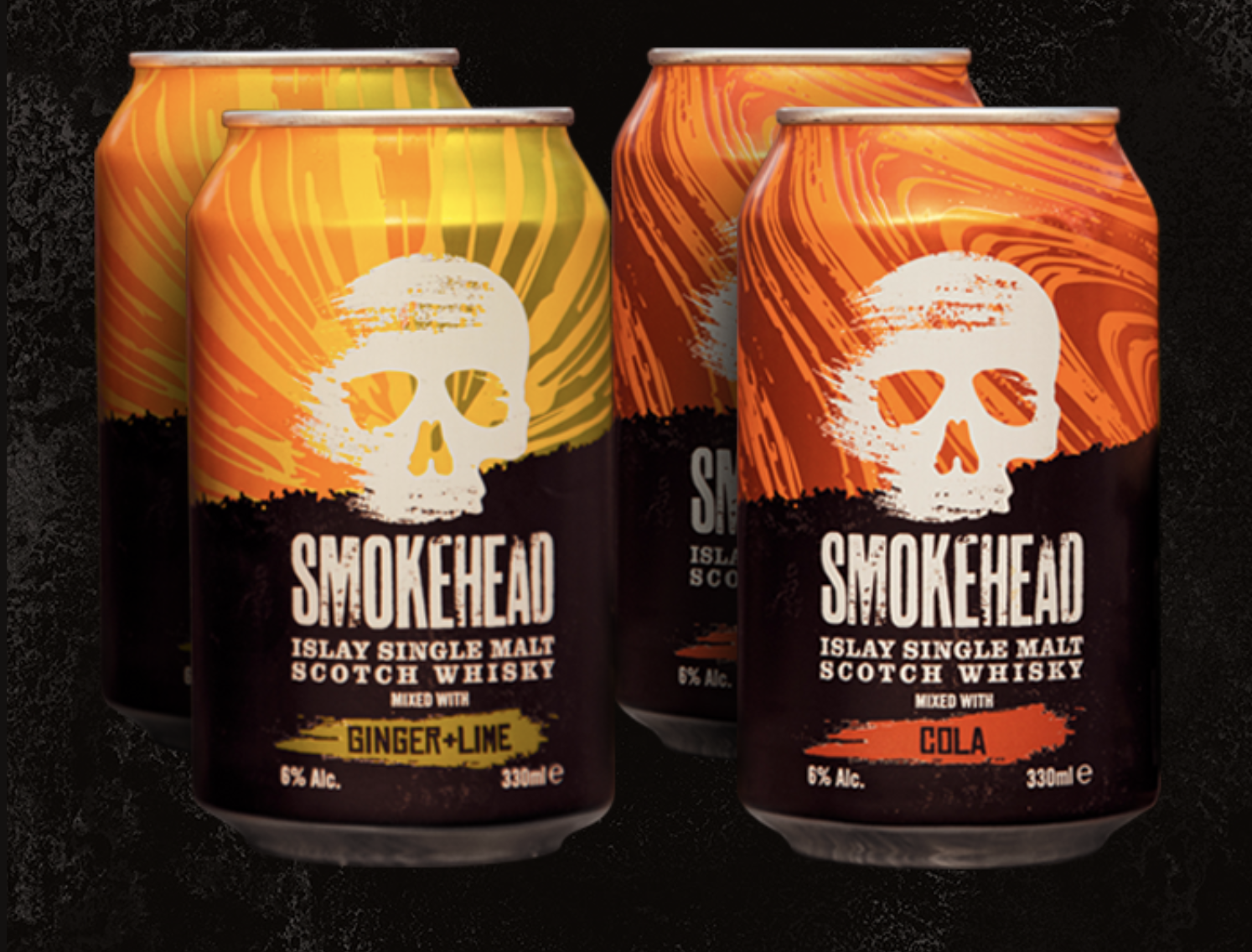 Smokehead’s new cocktail in a can is the first ready-to-drink cocktail to use single malt whiskey. (Photo: Smokehead)

Smokehead Islay Single Malt Whisky announced this month that it launched the first pre-mixed, ready-to-drink single malt whiskey in a can. The distillery released two offerings: “Smokehead mixed with Cola” and Smokehead mixed with Ginger + Lime.” Both cans are 330 milliliters and have an ABV of 6%. The suggested retail price for both is about $3.43, and they are available for purchase on Amazon and Smokehead.com.

Other distilleries have made similar ready-to-drink products, or RTDs, largely in an effort to keep up with the boom of hard seltzers such as White Claw and Truly, which reached massive popularity in 2019 and 2020. Wild Turkey came out with an RTD that combined its bourbon with vanilla oak-spiced cola. Jim Beam released two RTD highballs: a classic and a ginger. Siponey created a rye whiskey RTD cocktail. Smokehead’s use of single malt whiskey in an RTD is unique, however.

The popularity of seltzers has waned, in recent months, but RTDs have remained strong sellers. Smokehead’s variation is a novel product, and if the smokiness of the whisky comes through despite the low ABV, it could be different and tasty enough to find a great niche.

Iain Weir, the brand director of Smokehead, which is owned by Ian MacLeod Distillers, said the following in a news release:

“There is a long-standing debate whether a single malt should be mixed. But Smokehead is an unapologetically bold smoky whisky that is made to be enjoyed however you want it!

“Smokehead refuses to follow the rules of conventional whisky drinking. With BBQ season in full swing, what better time to launch the first ever pre-mixed single malt Scotch whisky in a can.”

As Weir mentioned, the release of this drink may be contentious. Mixing Scotch with other substances such as colas or even plain seltzer water is frowned upon by many whiskey snobs.