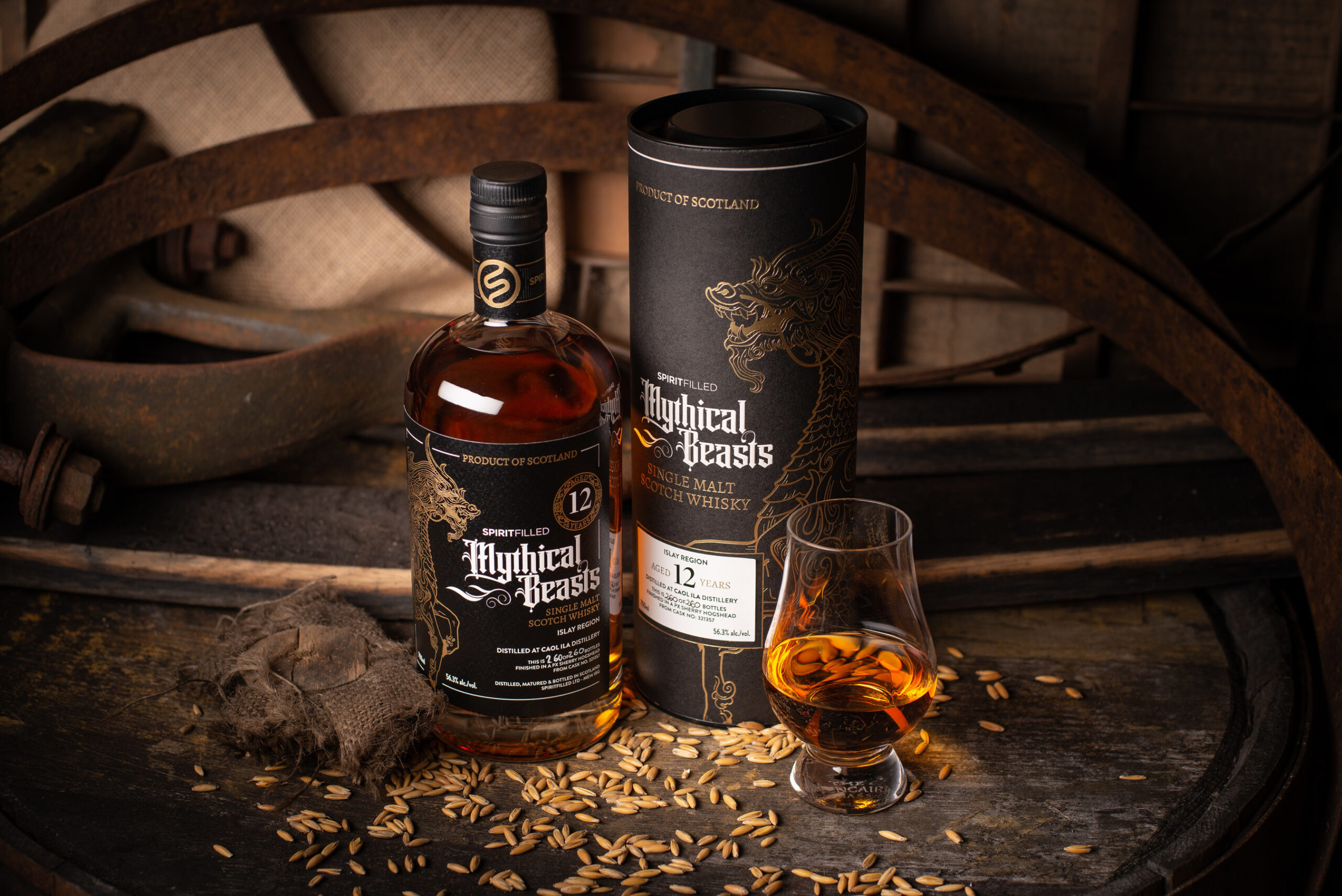 If you’re a fan of whiskey bottles with eye-catching artwork, Whisky cask-specializing company Spiritfilled has the line of whiskeys for you.

The company is launching a series of independent bottlings called “Mythical Beasts.” Each bottle will be filled with a fine single cask whiskey and feature its own unique artwork based on a different mythical creature.

The first release is a 12-year-old Caol Ila finished in a Pedro Ximinez sherry cask. The bottle design is devoted to the Qilin, a hooved chimerical creature with a unicorn-esque horn from Chinese mythology that is said to appear with the imminent arrival or passing of a sage or illustrious ruler.

Spiritfilled’s Mythical Beasts Caol Ila is available for purchase on spiritfilled.co.uk. A 700-milliliter bottle retails for about $116.