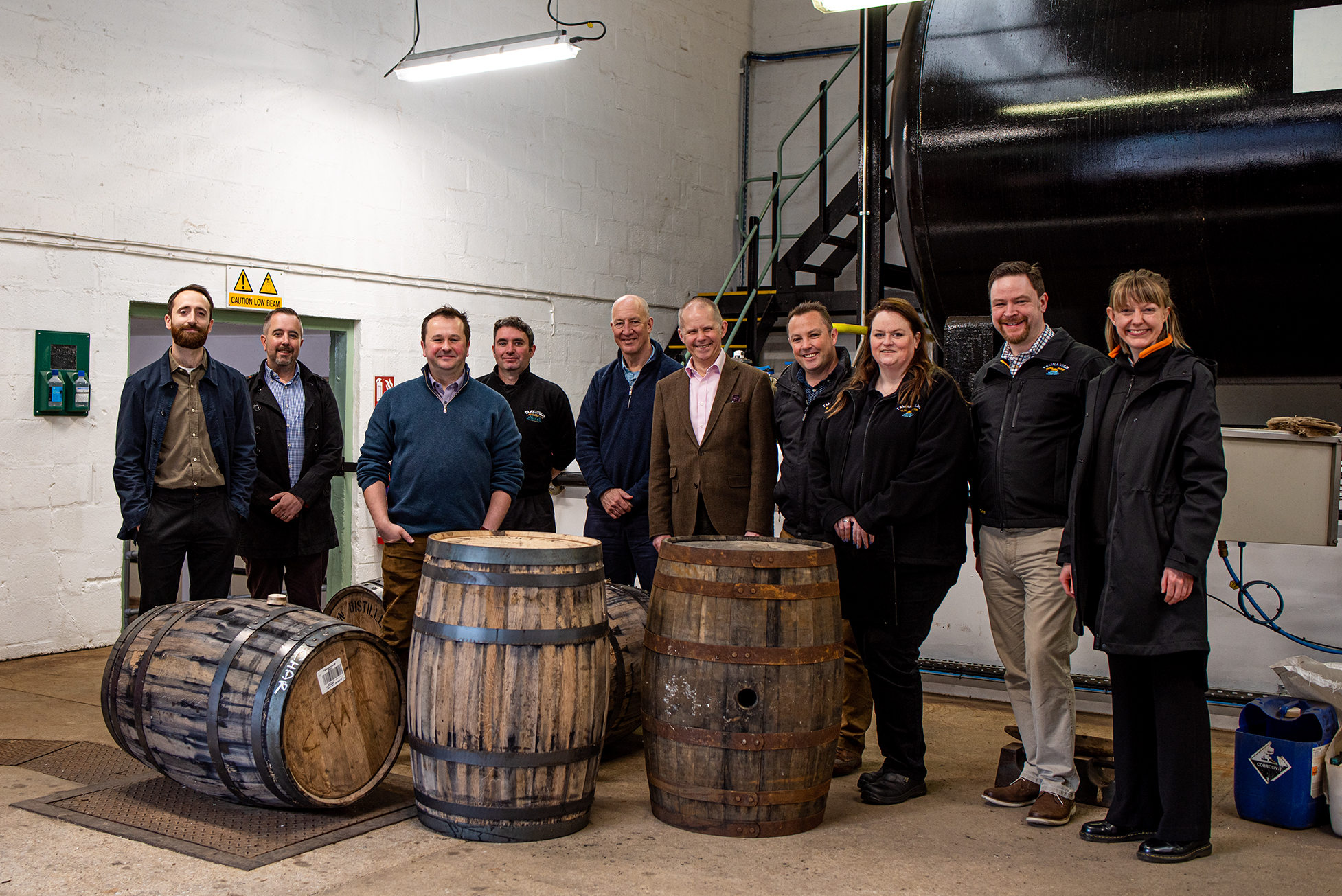 Tamnavulin has appointed Leon Webb (second from the right) as its distillery manager. (Photo: Tamnavulin)

Delighted to share the news that I have started a new role as Distillery Manager at Tamnavulin Distillery in Speyside, part of the Whyte & Mackay family. #Tamnavulin @tamnavulinwh @whyteandmackay pic.twitter.com/OyqOLwhhZu

Webb is Scottish but spent a five-year period in Canada, working as master distiller and blender for Shelter Point Distillery in British Columbia.

Tamnavulin is owned by Scottish beverage company Whyte & Mackay, which also owns brands including The Dalmore, Jura and Fettercairn.

“Leon will be a fantastic addition to Tamnavulin and our Distilling Team,” Shane Healey, distillery director at Whyte & Mackay, said in a news release. “I am confident he will build on all the great work already done at the distillery and make a great contribution to the extraordinary growth of the Tamnavulin brand around the world. Leon joins Tamnavulin at an exciting time, fresh after the Spirit of Speyside Festival.”

Tamnavulin was 2020’s fastest-growing single-malt scotch whisky in the world, according to data from the IWSR.

The distillery recently won gold at The Spirit of Speyside Awards for its Tamnavulin Spanish Grenache Cask.

Tamnavulin, which is known for its red wine cask finishes, in April debuted a white wine cask-finished whisky.