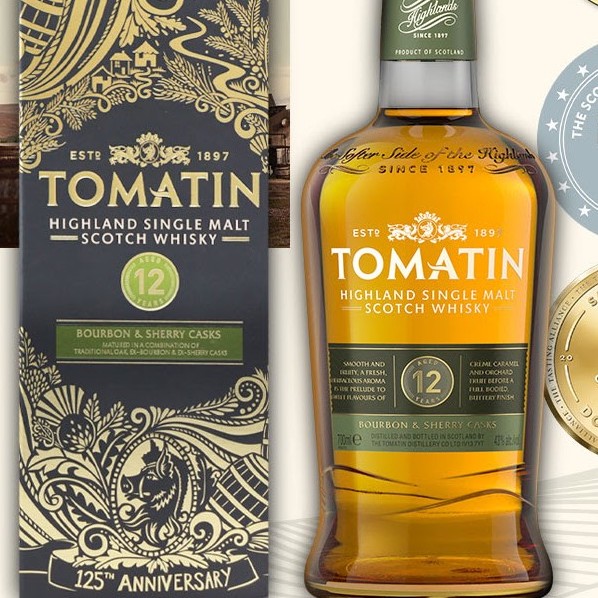 On June 8, Scotland’s Tomatin Distillery will celebrate its 125th anniversary. To mark the occasion, the scotch whisky producer is releasing a limited-edition version of its 12-year-old single malt.

Tomatin commissioned Edinburgh-based papercut artist and illustrator Emily Hogarth tp create an illustration to commemorate the anniversary. Hogarth’s work includes “key components which capture the distillery’s history; each representing different stages in the making of the whisky and the stories behind it,” according to the product description on Hard To Find Whisky, which sells the bottling.

In October, Tomatin Whisky sued Tomatin Trading over the Tomatin name, but the court ruled that tourists would be unlikely to face any confusion between the two companies.