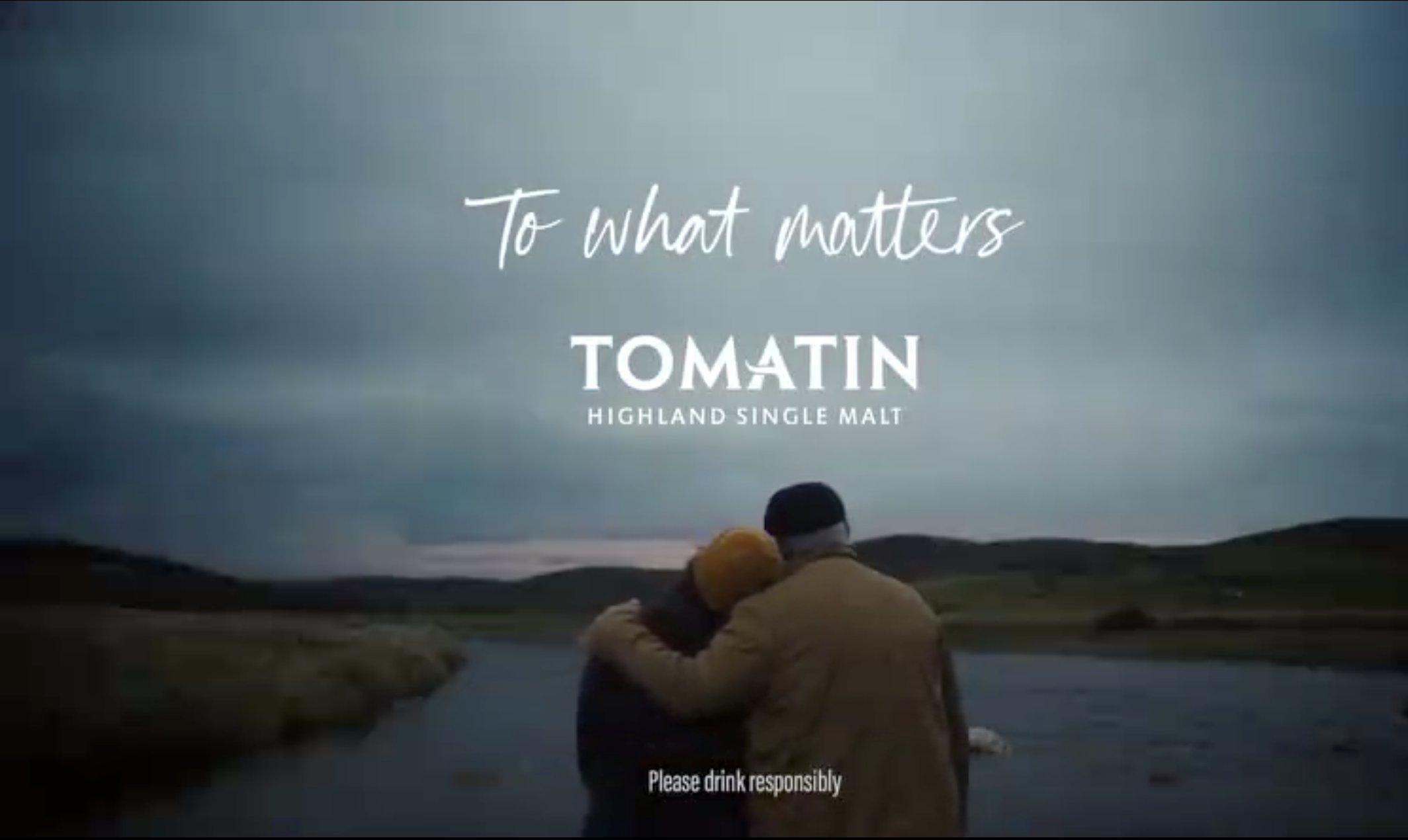 Tomatin has launched its new “To What Matters” campaign. (Photo: Tomatin)

Scotch whisky brand Tomatin has launched a new advertising campaign ahead of its 125th anniversary. The campaign, “To What Matters,” is, according to Scottish Field, “the latest chapter in the brand’s evolution; a positive call to arms that represents the spiritual DNA of Tomatin – a human belief in what’s truly important in life: the significant moments.”

The campaign kicks off with an emotional ad spot, which was shot in and around the Tomatin Distillery in the heart of the Scottish Highlands.

The film will be shown across TV and film, which is a first for Tomatin, signaling the brand’s seriousness about its growth.

“We have very ambitious growth plans for Tomatin Single Malt, building on the rapid success we’ve had in recent years, and we now feel like the brand is in the strongest position to meet these goals head on,” said Jennifer Masson, Tomatin’s head of brand, according to Scottish Field. “In every area of the business, working at Tomatin is more than just a job. It’s a way of life. Authenticity lies at the heart of ‘To What Matters’ and we couldn’t be prouder of what it stands for. We share true Highland warmth in our stories, our welcome, and of course, our whiskies, and if ever the world needed a drop of Highland warmth, it is now.”