‘Quality is Our Number One Focus’: Scottish City Inverness to Host 1st Distillery in Almost 40 Years 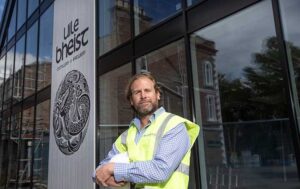 A distillery and brewery is set to open in the city of Inverness in the Scottish Highlands, marking the first time in nearly 40 years Inverness has been home to a distillery. The entire project is expected to cost around £6 million ($7.3m).

The distillery is named Uilebheist, which means “monster” in Gaelic, and it will be powered sustainably by the River Ness, a local water source. It will create 40 local jobs.

“The very foundations of this project were born from Scottish myth and legend,” Jon Erasmus, owner of Uilebheist, said, according to Whisky Experts. We wanted to create something unique to the area, with the distillery, and brewery both powered by the famous River Ness.

“All water used in the distillery processes will be sourced from the river, “meaning that when you drink Uilebheist’s liquid, you really are tasting the Highlands.”

First distillery for 40 years to open in Inverness https://t.co/ijLc4amXjt

Uilbeheist is on track to become one of the lowest-carbon distilleries in the country, an exciting aspect of the venture.

Bruce Smith, who has spent the past decade working in the craft beer industry and aging beer in ex-whisky barrels, will head the distillery and brewery.

“Whisky production will commence later this year, due to our small scale we will only produce around 200 casks annually, making Uilebheist one of the rarest whiskies in Scotland,” Smith said. “The whisky will be matured in ex-Bourbon and Sherry casks, but the whisky will let us know when it’s ready and we have no intention to rush it. Quality is our number one focus.”

Uilbeheist will also offer a cask program that gives consumers the chance to own a cask of the distillery’s flagship whisky. However, there will only be 100 casks available this year and will be sold on a first-come, first-served basis.

Uibeheist is slated to open its doors at the end of November 2022.