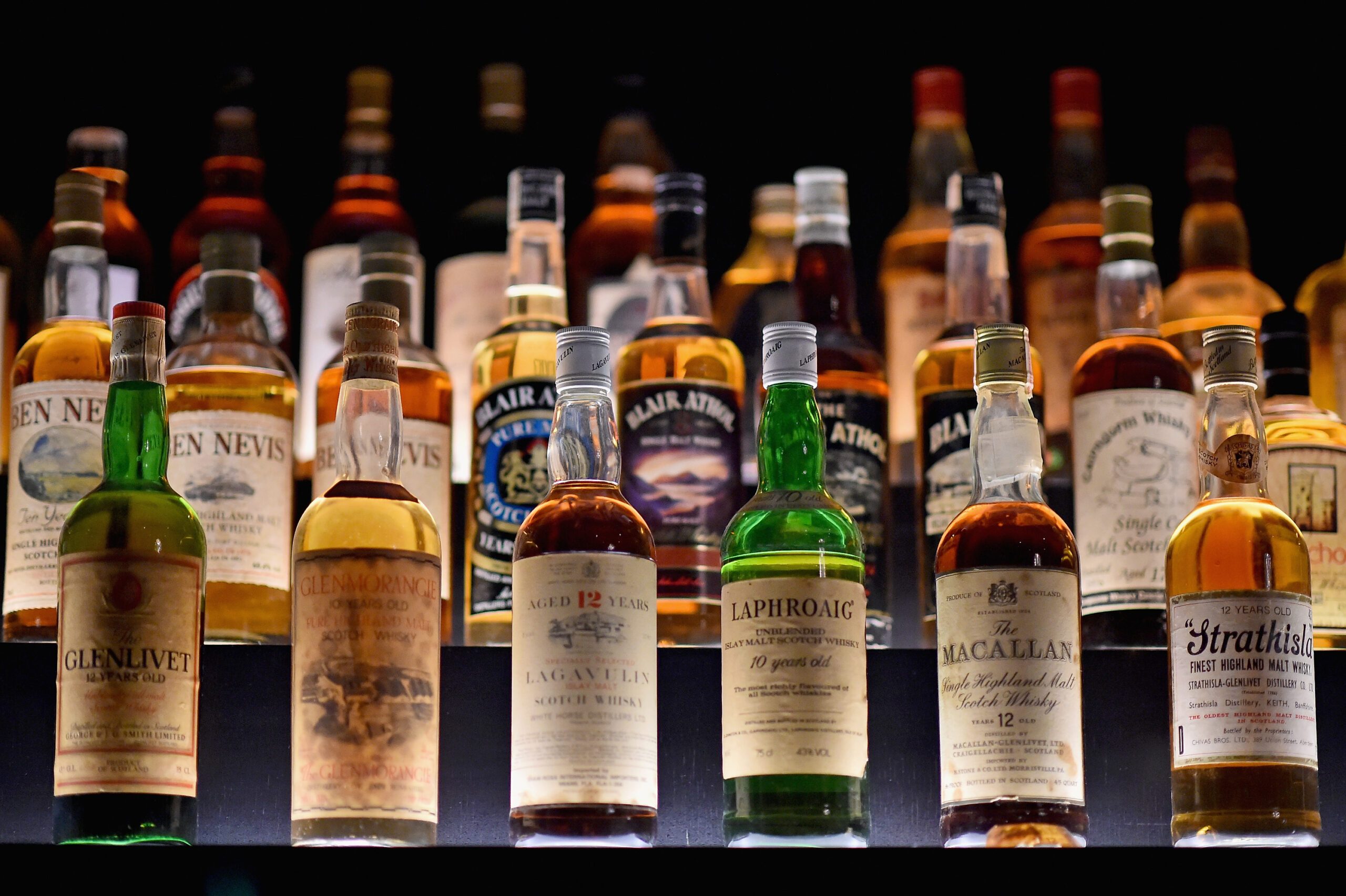 Bottles of whisky are seen on display in the Diageo Claive Vidiz Collection, the world’s largest collection of Scottish Whisky on display at The Scotch Whisky Experience on September 3, 2015 in Edinburgh,Scotland. (Photo by Jeff J Mitchell/Getty Images)

Vodka was the second-biggest category in terms of volume, at 25%, followed by liqueurs and specialty spirits at 24%.

In the U.S., bourbon distilleries have been expanding en masse, from the big names like Buffalo Trace, Lux Row, Barton 1792 and Heaven Hill, all the way to smaller distilleries like Mythology and High Bank.

The whisky industry received further good news earlier this month, when Europe announced it would be lifting whisky tariffs from the U.S. that it had imposed in retaliation to tariffs placed on Europe by former President Donald Trump.

Furthermore, a recent report from the British Beer & Pub Association showed that spirits and wine outshone beer in the U.K. during lockdown, an unusual occurrence.